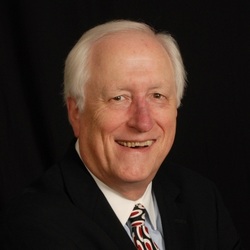 If there is a state where people should recognise Douglas Therrell, North Carolina would be the first on the list despite him having companies based across the USA. Whether it is in the field of music, insurance or real estate, Douglas has left an impression on then with so many positive contributions. As a result, he has served a number of positions on boards, committees and advisories.

- Chairman of the Advisory Council and Business Consultant for a Foundation and non-profit, New River Dramatist and Affiliates

All of the above has been in addition to founding companies, a job that require many hours to get up and running, with the need to possibly switch on at any time given you are the go to person if anything goes wrong.

Doug Therrell Throughout The Years

What has enabled Douglas to continue this lifestyle of serving boards and founding companies for the best part of 40 years is his ability to enjoy life away from ‘work’, not that he considers what does work.

Away from his professional career, Douglas and his better half have been into tennis for decades, as both players and spectators. They make an annual visit to see the US Open Grand Slam in New York, while the Indian Wells at Palm Springs is one of their other favourite tournaments to attend. They also make sure they play themselves at least once a fortnight. Other activities they love include hiking, skiing and hunting in various locations around both North and South Carolina. They also like to explore Alaska and Wyoming to get some of these activities in and then going further abroad to experience new cultures.

When someone is having success right throughout their career, it is normally because they have found their passion for what they want to do. In this case Douglas has enjoyed three industries, all of which have provided him joy, and with his well-balanced life has avoided burning out. Music was all around him when he grew up; going into an avenue other than music would not make sense. He then moved away from such a high involvement in music when he got his first taste of real estate. Buying and selling real estate has since been a regular occurrence since he created his first company, Therrell Agency, Inc. Insurance was a combination of the skill sets from music and real estate.

Douglas Therrell has lived a very fulfilling life to this point and shows no sign of slowing down just yet. His passions and interests have been constants throughout his life, never at any point finding what he was doing dull and mundane.